As the Valais is a Roman Catholic canton, public holidays largely correspond to RC religious feasts and holy days.

In an even year, during the first week in August, a folkloric festival known as the FIFO is held in the CERM, and groups perform on the Place Centrale and on the Place du Bourg. 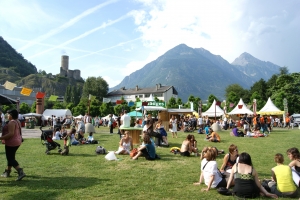 Lire plus...
By continuing to browse this site, you agree to the use of cookies to improve your user experience and to provide website statistics.
Read the legal notice ok